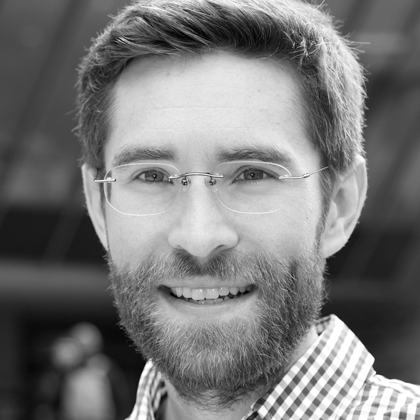 PD Mag. Dr. Matthias C. Kettemann, LL.M. (Harvard), is senior researcher at the Leibniz Institute for Media Research | Hans-Bredow-Institut (HBI), head of its research programme on rule-making in online spaces and associated researcher at the Alexander von Humboldt Institute for Internet and Society (HIIG), Berlin. His research focuses on the normative interaction of different stakeholders and various normative orders. He studied international law in Graz, Geneva and Harvard Law School and completed his postdoctoral work at the Cluster of Excellence “The Emergence of Normative Orders” at Goethe University Frankfurt am Main. Matthias has provided expertise for the German Bundestag, several DAX companies, foundations and international organizations on Internet regulation, cybersecurity and human rights.

Dr. Stephan Dreyer is senior researcher in media law and media governance at the Leibniz Institute for Media Research | Hans-Bredow-Institut (HBI) and head of a research program on the transformation of public communication. His research focuses on regulatory issues of mediated communication in a datafied society. After studies of law at the University of Hamburg he has become a legal expert in regulatory questions at the intersection of protection of minors, privacy and data protection, he is spokesperson for the Complaint Committee as well as the Expert Committee of the Association of Voluntary Self-Regulation of Digital Media Service Providers (FSM) and child protection expert at the Entertainment Software Self-Regulation Body (USK online).

The Moon landing was a fake. The Earth is flat. Vaccines are bad. These are myths you encounter on the Internet. But these are not Internet myths as we understand them – and debunk them – in this book; we rather bust Internetrelated myths. In doing so, we rely on a broad conception of myth as coined by the influential French cultural theorist Roland Barthes: a myth is a cultural construction that appears to consist of universal truths embedded in common sense.
It is a myth, for instance, that what people do on the Internet cannot be regulated. It is a myth that protocols do not have politics. These powerful constructions of reality mystify the actual challenges in regulating the Internet. While containing some truth (it is often more difficult to regulate online behaviour than offline activities, and protocols have fewer “politics” than laws, which are distilled politics), they obfuscate what is actually at stake. This is the very reason that there are forces within the Internet policy field that
have a vested interest in promulgating myths. The monsters of bad policy lurk in the shadows of myths about the way the Internet is being run. They feast and grow on disinformation, misinformation and the uncritical belief in stories we tell ourselves to make sense of the world(s) we construct for ourselves to make sense of the space we inhabit.

Psychologically, myths are attractive because they seem intuitive. Myths sound like helpful simplifications in ever more complex times. They suggest that we can stop reflecting, stop questioning the status quo, stop thinking of how to improve what we perceive. If algorithms are always neutral, then we do not need to develop normative tools to hold the companies accountable that develop and deploy them. Not thinking, not questioning, not looking at detail is always easier than the opposite.

Myths are seductive. Cybercriminals go free sounds like something we may have read, something that we may have heard even politicians say. But do they? Or does the myth hide the uncomfortable truth that they do not and that it takes hard forensically sound policing to counter them, rather than political posturing?

If search engines provide objective results, then there is no pressing need to open up a societal discourse on the duties of those structuring information. If privacy is dead, then why get riled up about privacy violations? If algorithms are neutral, then biases are an issue of the past.

But all isn’t well in the state of the Internet (which, of course, isn’t a state by itself: that laws do not apply online is a powerful myth in its own right).

Myths are like heuristics to help simplify the world. Like many heuristics myths may be useful, partially true or even be based on or encompass dearly held beliefs. In terms of economy of thought myths may make sense individually. Thinking is hard, critical thinking even more so. But societally, myths are very dangerous.

Many who use myths do so consciously. “Myth has the task”, as Barthes wrote, “of giving a historical intention a natural justification and making contingency appear eternal”. But each normative solution to a specific problem of Internet politics, policy and the global Internet polity is highly contingent. If we mystify the origins of the Internet, the role of algorithms, the character of code, the normativity of rules, the pluralism in cultures and concepts of life, we lose track of historical contingencies, cultural dependencies, the conditions of social interrelationships.

It is against this background that we decided to publish a call for Internetrelated myths. We collected submissions and in a peer-reviewed process selected the 50 most representative ones. We are fully aware that the myths in this book only represent a fraction of the myths present in Internet governance discourses, but, we submit, it is a rather representative fraction that does cover many of the key themes and all of the broad thematic issues of the Internet Governance Forum in Berlin 2019, the occasion at which this book is published (the IGF is not just a talking shop, as another myth we demystify may want to have you believe).

Indeed, it was with a view to demystification of Internet governance discourses that we sought the cooperation of this year’s host of the Internet Governance Forum 2019 in Berlin, whose financial support for this project is gratefully acknowledged. The responsibility for the selection and busting of the myths in this book, however, remains ours.

It is a responsibility we bear with great joy because we are convinced that the stellar team of authors from founders of the Internet to emerging scholars, from practitioners and professors to theorists and technologists, does a spectacular job in demystifying the Internet. Our goal was to provide a vade mecum for all engaging with the future of the Internet, to rationalize the discourse and to shatter commonly held assumptions.

Our introduction is followed by five chapters that serve to structure the book: (1) Rights and Rules, (2) Security and Safety, (3) Inclusion and Integration, (4) Infrastructure and Innovation and (5) Data and Disruption. The book appears in English and contains summaries in Arabic, Chinese, French, German, Russian and Spanish. The texts will also be available
online at internetmyths.eu, together with a complete German version at internetmythen.de.

Current and future man, as German philosopher Günther Anders described, meaning people today and people tomorrow, are characterized by a discrepancy between growing technological capacities and the failure of imagination to provide for technology’s consequences. Too often myths are used to bridge this gap. But as we show in the course of the 50 myths on the following pages these are just constructs often promulgated by special interests.

Another early German philosopher of technology, Hans Jonas, argued that for technology to work for humans, we need a new “Kompaß”, a regulatory polestar, to orient norms and policies. By the early 2000s such a polestar, such a finality, had emerged and would influence the first 15 years of internet governance. In the 2003 Geneva Declaration of Principles and the 2005 Tunis Commitment, the international community confirmed its commitment to build

“a people-centred, inclusive and development-oriented Information Society, premised on the purposes and principles of the Charter of the United Nations, international law and multilateralism, and respecting fully and upholding the Universal Declaration of Human Rights, so that people everywhere can create, access, utilize and share information and knowledge, to achieve their full potential and to attain the internationally agreed development goals and objectives, including the Millennium Development Goals.”

At this IGF in Berlin, like at the last ones, Internet governance stakeholders discuss how best to achieve this goal. Myths that stand in the way of the commitment need to be busted. This happens to the first 50 myths on the following pages.